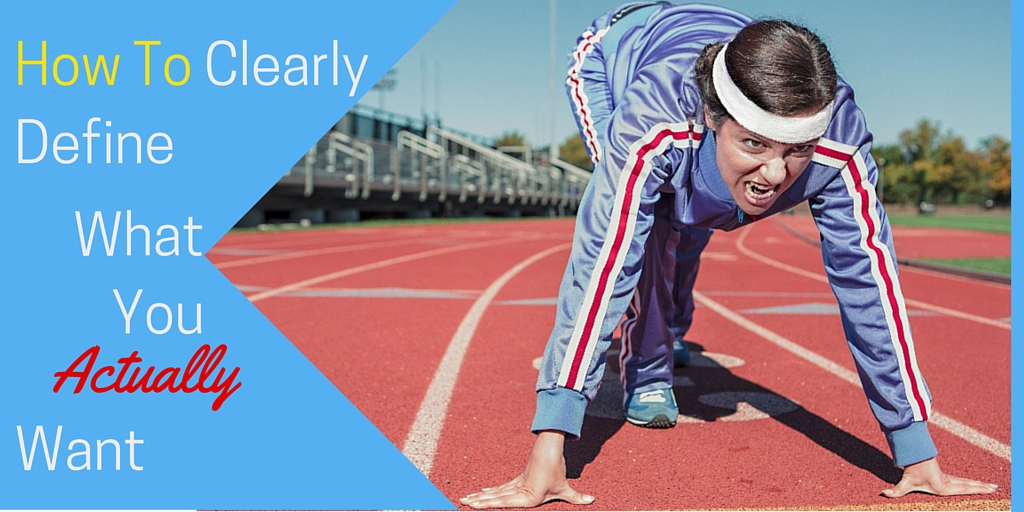 In 1967, in a small town in New Jersey, Marty Liquori became the third American high schooler to run a mile in under 4 minutes. He then went on to compete in the 1968 Olympics as a nineteen-year-old and was the youngest person to ever compete in the final.

But how did he do it? How could someone at that age have enough training to run that fast?

In an interview with Dr. JoAnn Dahlkoetter, Marty told her “I have always believed, if you want to be a champion, you will have to win every race in your mind 100 times before you win it in real life that last time.”

After the interview, Dr. Dahlkoetter went on to discuss the importance of actually visualizing the outcome you want.

You see, before Marty ever ran that sub 4-minute mile, he had already done it a hundred times in his mind. When he finally got ready to run, it was no big deal because he had done it before.

I know this may sound a bit odd, but this sort of visualization is actually super common amongst elite athletes.

This visualization gives Olympic athletes something that most people don’t have.

Olympic athletes are super clear on what they want and where they are going. Marty is a perfect example of this. Once he had the direction, it just became a matter of following through.

And this sort of clarity isn’t just for athletes. It works the same way in other areas of your life. Whether it’s health, finance, or your career, getting super clear on where you want to go is the first step to actually getting there.

The Importance of Clarity

One of the biggest reasons people aren’t satisfied with their life is because they haven’t even taken the time to think about what they truly want.

Take your own life for example.

When was the last time you sat down and really thought about where you want to go in the next year? What would you like your life to look like in 6 months?

Then what did you do? Did you write it down or did you just let it slip to the back of your mind only to be forgotten later?

See that’s the problem. Most of the time we slip into living life by default. We slide into a routine of going to school or going to work and then coming home and binge watching Netflix.

Then we get up and do it all over again.

Before you can actually make steps towards that dream trip through Europe, you’ve got to first get super clear on whether or not that’s what you really want.

You’ve got to bring it to the front of your mind and think about all of the great things that will happen. If you’re not super clear on what you want and where you want to be, you’ll never get there.

Here’s an example of what I mean:

Losing 20lbs is just the obstacle you’ve got to cross to get there. It’s the goal that will help you achieve the outcome.

Your outcome isn’t to get out of debt. The outcome is to be able to afford that dream house. After you get clear on the dream house you want, then you can focus on removing the debt obstacle.

Stacking Benjamins wrote a fantastic article on this idea of how getting out of debt shouldn’t be your goal. Getting out debt is just a hurdle you must jump in order to reach your goal.

While we’re talking about getting clear on the outcomes, it’s also important to realize that money is never the outcome. When it comes to money and clearly defining what you want, you need to remember that the money doesn’t matter.

It’s what money allows you to do that matters.

Money gives you freedom to create a life you want. It gives you the ability to bless others in ways you never thought possible. It opens doors that allow you to reach for those dreams and experiences you want to have.

If all you want is to have a ton of money you’re going to have a really hard time getting it.

Because having a ton of money is meaningless. You won’t have enough drive to keep pushing through when it’s hard.

If you’ve got $20,000 worth of student loans and all you want is to get rid of those student loans, then good luck. Money isn’t enough of a motivator on its own.

You need to clearly define what you want to use that money for. Once you get that figured out you’ll start to gain some real momentum.

The Most Successful People Are Super Clear On What They Want

Just like Marty Liquori, people who are able to pay off large debt or grow a large amount of wealth have clearly defined wants.

Leigh Fletcher and his wife racked up $40,000 worth of debt in the first two years of their marriage. They took fantastic trips, had a blowout wedding, and bought whatever else they wanted without much care.

In 2011, two years after they got married, it became clear that they needed to do something and that the path they were on was heading for disaster. Over the course of the next two years, they were able to completely eradicate that $40,000 debt.

But how did they do it? Did they just really want to be out of debt that bad?

And that’s a good reason. That outcome of bringing up a child in a debt free home was what drove them to be able to pay off $40k in only two years.

And you can do the same thing. But first you’ve got to get super clear on that want.

2 Questions To Define What You Want

Sometimes it’s hard for us to think long term and really decide what it is that we want. Sometimes you want so many different things and it’s hard to figure out what’s most important.

But you don’t have to stay lost and confused.

Go ahead and ask yourself. Get honest. Do you want to be able to wake up and do meaningful work you enjoy, workout in the afternoon, go out to dinner with friends, and then come home and relax with a good book?

But yours is likely different. And that’s the point. You need to get clear on what it is that YOU WANT, not what everyone else has told you to want.

And what about experiences?

Maybe you’re like my wife and dream of swimming with sharks in Austrailia. Or you might want to experience backpacking through Scotland.

Or maybe you just want to experience living at a little slower pace so you can enjoy the people around you more.

Whatever it is, before you can get there, you’ve got to clearly define it.

Create A Reminder for the Big Stuff

After you’ve sat down and had an honest discussion with yourself, now you’ve got to take the first step in actually getting there.

And that’s setting a reminder.

You need something to remind you to think about visualizing the outcome you want. Just like Marty Liquori, you’ve got to focus on your clearly defined win.

So set up a system that can remind you of winning the race.

Here are three ways that I use to remind myself of where I want to go:

Any of these will work. You just need to find a system that will work for you.

But don’t skip this crucial step. It’s not enough to just think about what you want. You’ve got to take the next step of setting that daily reminder so you can stay focused and visualize winning the race.

If this article helped you get clear on where you want to go, I’d really appreciate you sharing it using the social share buttons below!